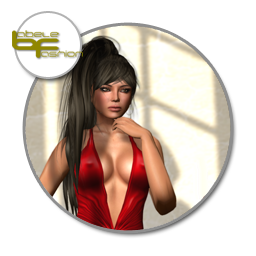 At our flagship store on Babele Fashion Island, grab new items designed by Pinco Janus for 50% off! Or visit one of our dozens of stores around the grid. 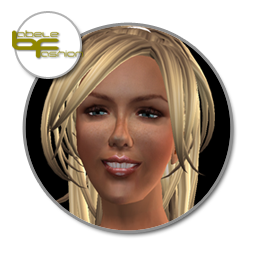 Born on the 1st April 2007, Pinco Janus is the main fashion designer of Babele Fashion brand.

She is Italian and she loves to make conversation in Second Life. She can speak English.

Pinco likes to daze with refined dresses, characterized by an elan vital free from eccess. This verve embodies the avatars who dress Pinco`s creations.

2007 marks the beginning of Pinco Janus` brand in the virtual world. The collections which make her popular are the "obscene" collection and the "dressed countries" collection. In the first one (obscene collection) sculpture shoes, with a very high heel, are combined with sexy mini-dresses. In the second one (dressed countries) original mini-dresses reproduce the colours of some countries of the world.

All the presented dresses are tricked up with open-work laces or with original accessories like the national flag to carry as a daily object. 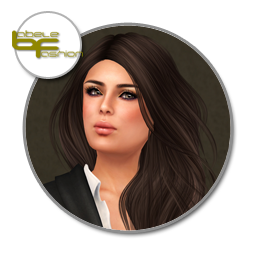 She participated in the sim-wide "A Rusted Development" (2012-13) at LEA1 with her work "All the Alruses of the Which Ones," at Burn2 (2012) with the installation "lippes in smiling mood, kiss akiss after kisokushk (thank you Mr. Joyce)," and at HaveIt Neox's sim-wide build "Stirring the Dreams" with her installation "The Bridge of Quests" (2012-ongoing). She curated an Avalon Collector's Circle exhibition (2012-ongoing) at the Avalon Art District Exhibition Hall.

As a blogger, Ziki Questi writes about the arts, destinations and other Second Life subjects. In 2012-13 she was a staff writer and photographer for AVENUE Magazine and in 2013 served as an adjudicator for the University of Western Australia (UWA) Centenary 3D Art Challenge.

As a performing artist in real life, Ziki Questi's human has presented work throughout the United States and Europe, has collaborated with other artists in dance, music, television, film and theatre, and has been published and cited in books, journals and other media.

from Texas with happiness 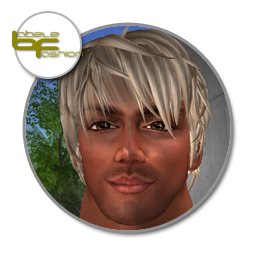 Dusty Gumbo is a great man!

a part of secondlife'a world